You ever have that moment when nothing seems right? Well I was having one of those this weekend during this project.

Hope you all had a good weekend, I had the following tasks to complete during the weekend: First, I needed to attach the other leg. Second, I need to fill the tree gaps. Third, I wanted to make the skull he stands on not a skull. Seeing how the right leg is mounted on the skull I’ll start with the third task. After assembling and slapping a little bit of sprue goo onto the eye and nose socket I was working with the following: 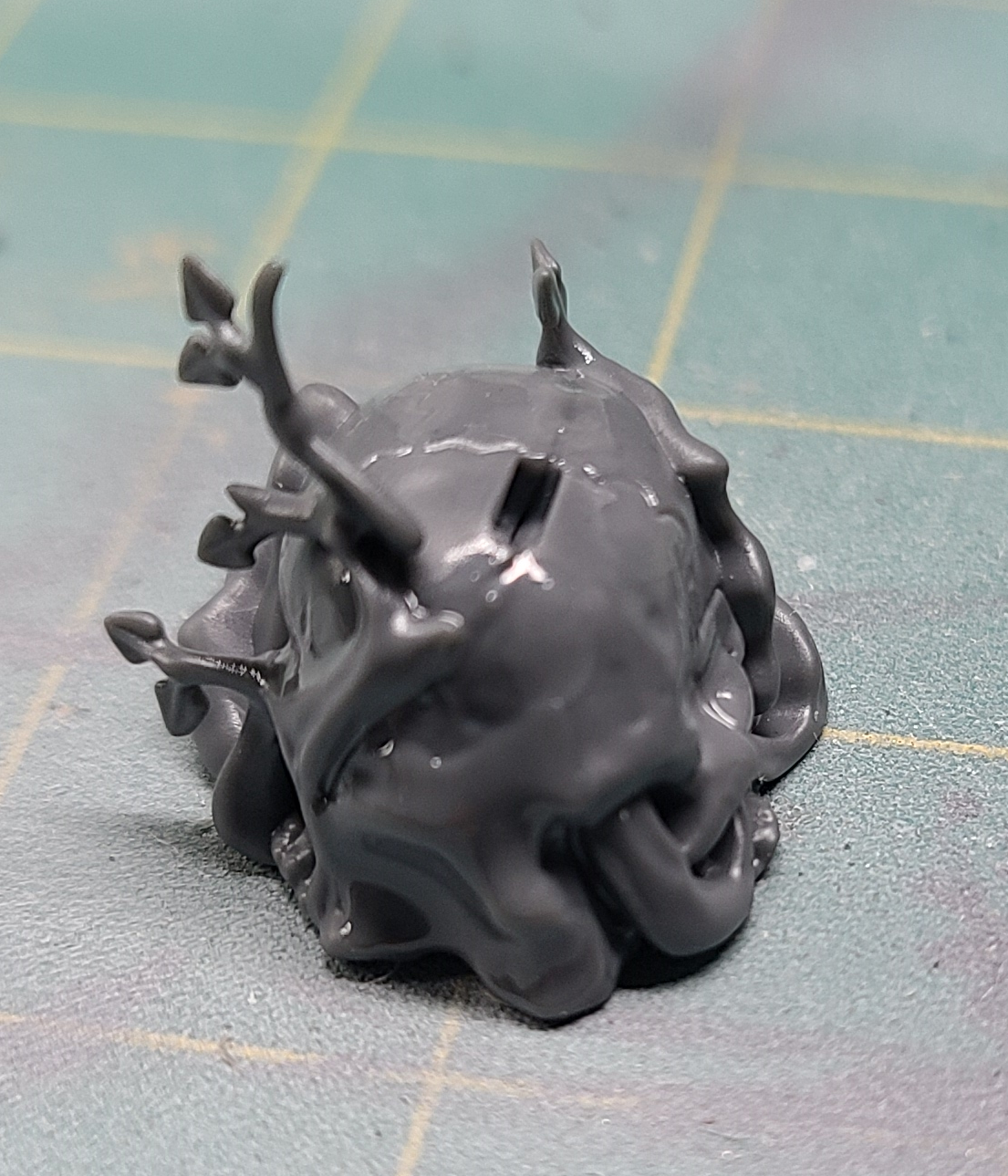 It still looks a little too much like a skull. I’ll never understand Games Workshop’s obsession with skulls I swear GW puts skulls on EVERY model they have! This won’t fit with the scene, Harry summons the Erlking in someone’s backyard. I don’t know about you, but I don’t have an abnormally large skull in my backyard. After taking a branch I snipped from a different model I used some sprue goo to adhere to the front of the skull to cover up the eye and nose depressions. 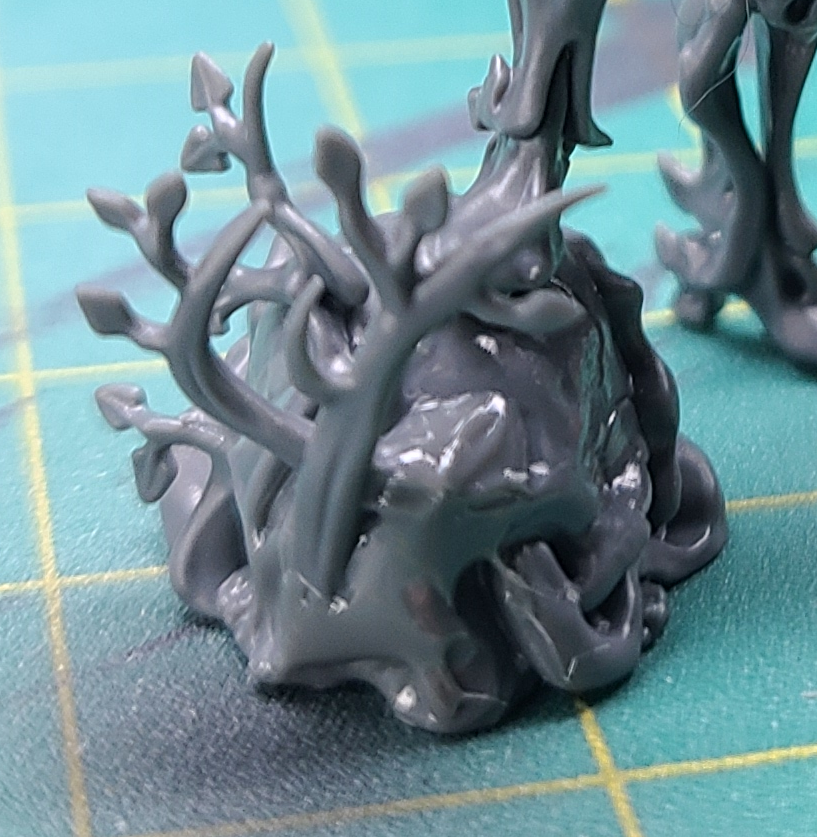 This looked more convincing and less skull like. I also attaching the leg to the mini as this would give me a better way to hold the model while I filled in the leg gaps.

I then decided to mock assemble the mini to get an idea for what I was working with. One thing I noticed was a rather large gap on the back by the waist. I wanted that covered so I will need to fill that when I fill the legs as well. 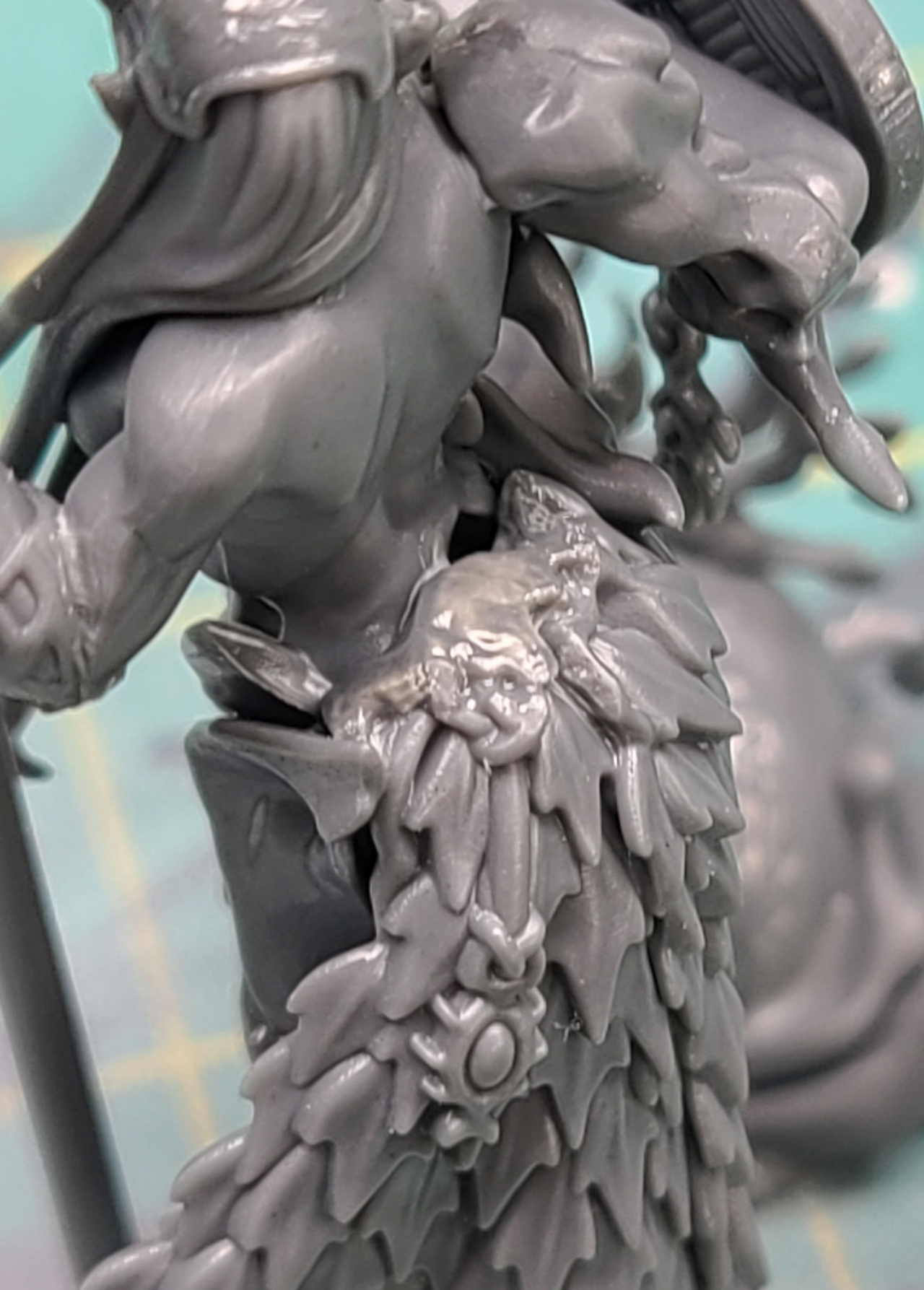 With two of the objectives completed I moved onto leg filling. I decided to use Green-stuff, which is a room temperature curing two-part epoxy putty that comes in a tape. Mix it together and mold it in place against the mini, using a little water or Vaseline to help mold it. Either fluid would increase the cure time giving you more time to mold it how you want. 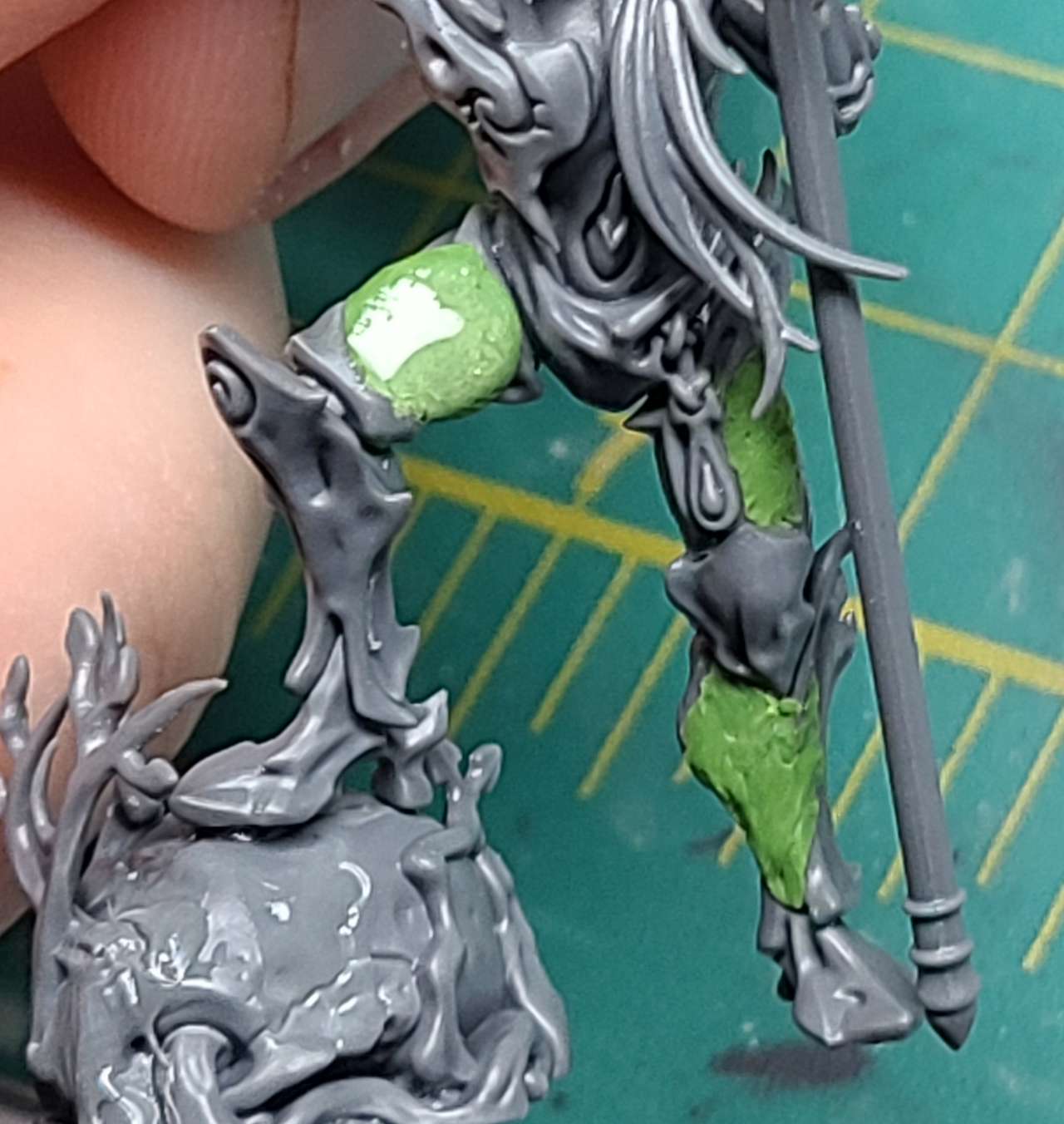 I will have to inspect my work once it cures to see if there is a need for more molding work. For now, this is a great place to stop until next time. I’m happy with my current progress the molding was a little worry sum though. I just pushed through it and it all worked out though!

Next, I’m going to give the model a once over for any remaining treefolk gaps and see if the mock build is good with no gaps. If it passes the final inspection, I’ll move on to the priming step.