On the last entry I described the scene I wanted to paint. Here I'll talk about the choices in minis for this project. Because, every painting project must begin with figures to paint so deciding on which minis to paint seems like an important step.

I want the main piece to be the Erlking. Ideally he is the focus and what I want the viewer to be drawn to. So I want to choose a mini that will pop and draw a lot of attention. Something that is close to the description so I don't have to sculpt any features from scratch. But if needed I can do a little kitbashing to make it closer to the vision in mind.

After a while I found Druanti the Arch-Revenant from Games Workshop. The stance seems imposing and if I paint him in blacks and dark metals I think he will look like the King of Goblins and master of the Wild Hunt. 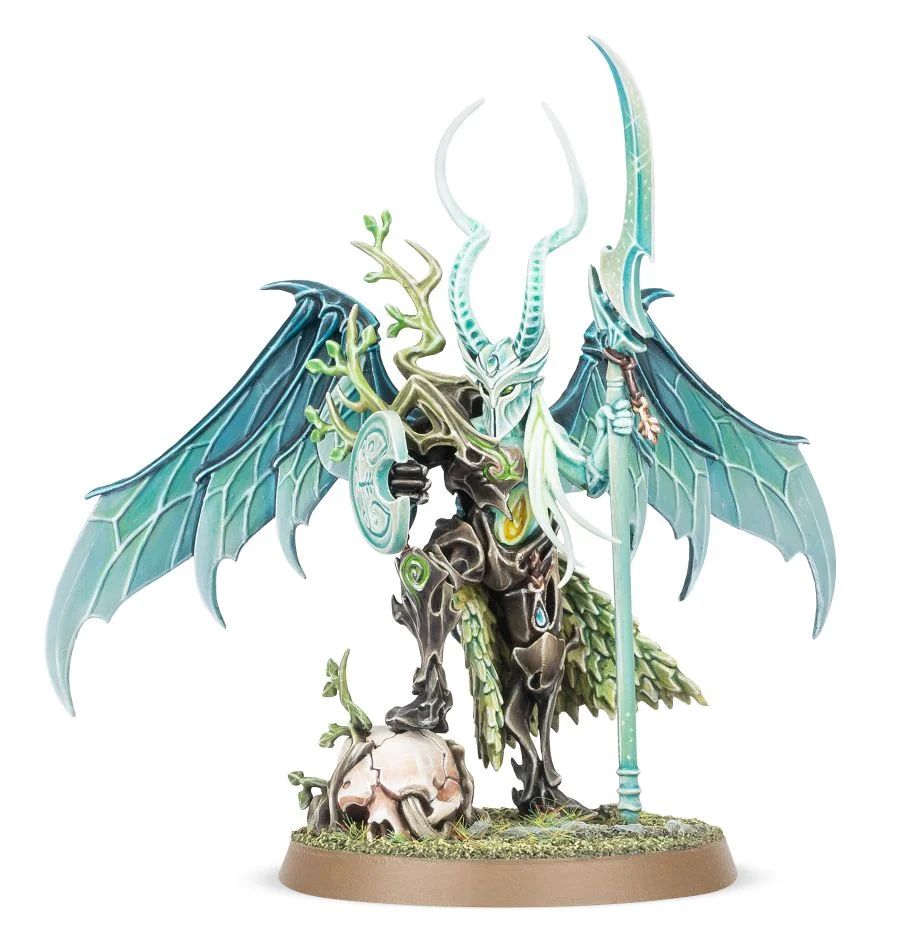 Firstly, I don't like the wings. That should be a simple fix I just won't install them. May have to do some milliput work but that's a problem for future me.

Second, the horns don't seem like stag horns to me. So I'll have to either sculpt them or find some bits from another model. For now I'll call it on the decision making for the Erlking.

Let's move on to Harry. Now I thought this would be the easy part. Turns out finding a wizard mini WITHOUT a hat is very difficult. I couldn't find a mini that looked good enough without a hat that I liked (If anyone knows a good company that's specializes in hatless wizards let me know). In the end I turned to Hero Forge. After around a day of designing the Dresden in my head I ended up with this: 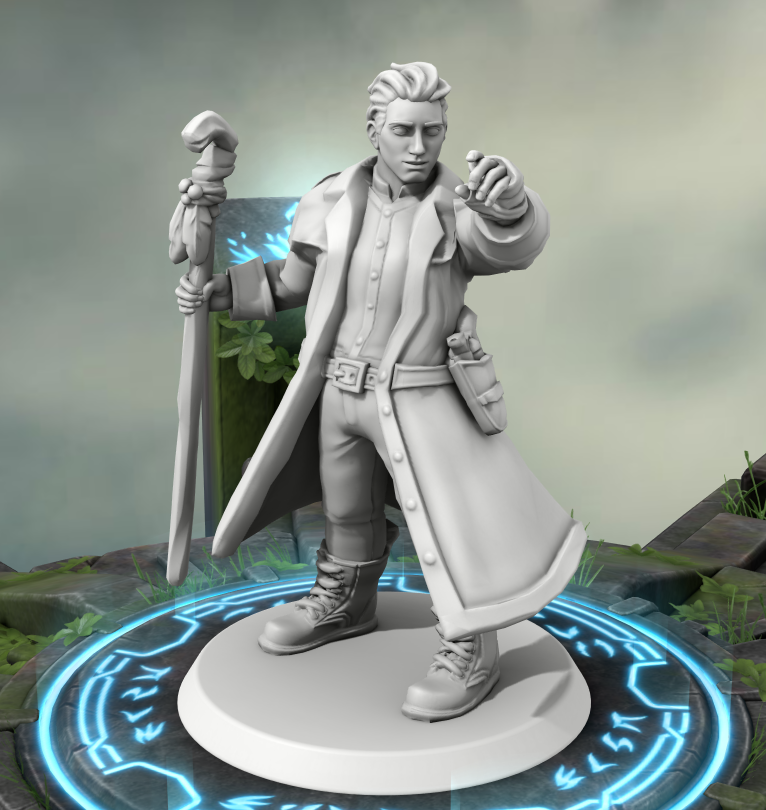 Nice thing about this is I don't have to sculpt it. Now I just have to print him out and I'll be ready to start this painting project.